Northampton is a City Growing in Every Positive Way 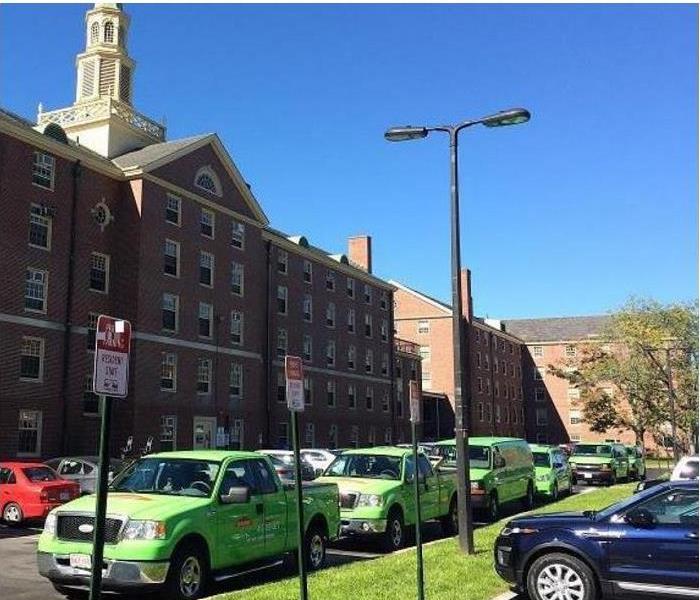 We love our community, and are always on call to remediate storm damage.

Enjoy Northampton’s Many Attributes – From Historical to Modern

The city of Northampton has seen its share of hardships and required adaptation over the decades. From housing the prestigious and nationally recognized Smith College to its arts community, Northampton is a municipality growing in all the best ways. Rising from a low economic point in the 1970s, residents have created a community where people want to remain and raise their families instead of larger areas like Springfield to the south. There are several ways that the town continues to create a positive impact on its residents.

A Focus on the Arts

Despite a smaller size for a mid-sized town at around 29,000, Northampton has grown into a cultural and art-centered community in recent years. This revitalization alone can be a great testament to area residents' determination and perseverance following an economic decline that completely bottomed out in the 1970s and would take a few decades to rebuild and restore. As with many hard times, it brought about art in music, theater, and various still media.

The pinnacle of art exhibitions for the community happens twice a year, with the Paradise City Arts Festival held on both the weekends of Memorial Day and Columbus Day. The festival welcomes various cultures and crafts together in a blend of all things art. This event has been a highly regarded display of local talents and craftworkers annually since the mid-1990s. Live entertainment has also become a staple of the art scene. There are multiple venues throughout the city that host these performances, including the Academy of Music and the Calvin Theater.

The Dynamics of a College Town

Smith College is a prestigious women's institution here in Northampton that has become a community staple. Its involvement with four other Pioneer Valley colleges makes it a leg of the Five College Consortium with other liberal arts institutions such as Amherst College and Hampshire College. This connection allows students of these five schools to attend courses or programs at any of the others with additional costs. The presence and growth of Smith College in the town have also helped to bolster the evolution of retail, specialty shops, and employment opportunities.

With the nearly three thousand extra residents brought to the area every semester, the need for part-time employment opportunities and retail locations is evident. Areas of Northampton have grown immensely with the development of the college and its temporarily boarded undergraduates. It is this blend of a younger permanent resident base and the college crowd that allows places like Thornes Marketplace, Campus Center, and Kingsgate Plaza Shopping Center up and running.

As much as the community is always looking towards the future and adapting to the country's changing conditions, Northampton officials have also recognized the need to preserve historical properties and architectural styles from succumbing to aging degradation. An excellent example of this is the Elm Street / Round Hill Historic District. Elm Street's one-mile stretch features nearly 140 buildings ranging from homes built in the 1700s to more modern architectural styles. Much of Smith College falls under the historic heading, as the school dates back to 1871.

Smith College also owns and maintains structures dating back as far as 1725 with the acquisition of the current Sessions House (109 Elm Street) constructed initially by Jonathan Hunt. The Haven House on Smith College's campus was the residence of the American poet/author Sylvia Plath for her first years at the school in the 1950s. Just off of the main strip of historic properties on Elm is the hold of former President Calvin Coolidge, who served as Commander in Chief from 1923 to 1929.

A Warm Welcome to the World

Over the past decades, Northampton has become a community more accepting of alternative lifestyles, religions, and orientations. Having a safe and accepting location for community members ensures that they can live out life with joy and pursue dreams created by the top minds leaving institutions like Smith College. Without prejudice and restrictions, artists and individuals create art in all forms, from music and still art to live theater and films such as:

Storm Response Team to Help for Any Northampton Disaster

While Northampton has never had the unfortunate luck of encountering severe natural disasters like hurricanes that can impact the coastal states, there are several types of extreme weather events that can occur here. Blizzards and cold snaps can be structurally damaging or ruin under-insulated pipes in a house. However, flooding remains one of the most destructive forces Hampshire County must contend with for homes and businesses. Between 1950 and 2010, nearly 350 flooding events were recorded.

How SERVPRO responds to these events impacts the potential damage that homes and businesses suffer from flood losses. We appreciate that mobilizing quickly in a crisis can ensure that beneficial emergency services such as extraction can promptly start. We have powerful water removal tools that we can utilize as soon as our water restoration technicians arrive at the flooded residence. Some of these include:

Cleaning is also a vital element to flood removal for Hampshire County homes. With substantial loss incidents, exposure to contaminants and harmful substances cannot be ignored. In some situations, demolition is necessary to prepare the property for recovery. With a general contracting license for residences (MA HIC 180066), we can complete the tear out, repairs, and reconstruction your property requires.

Flood damage can be a devastating situation for area homes, especially when contamination is a concern. Let our SERVPRO of Hampshire County team help, however possible, by calling (413) 324-1300.