How Do Professionals Take Care of Odor Problems After Commercial Fire Damage to Your Amherst Store? 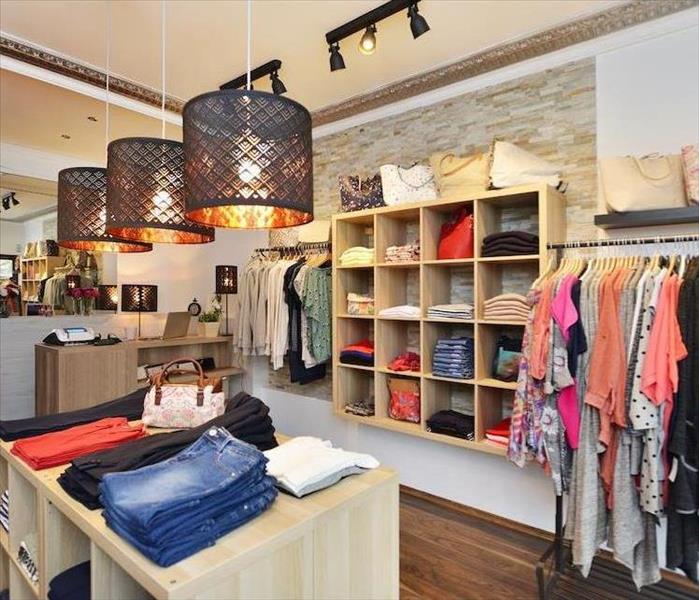 Customers definitely don't want to purchase clothing items that smell bad or burnt. Contact SERVPRO should your store have a fire incident.

Team SERVPRO Quickly Arrives to Tackle Damage at Your Store

One of the most significant problems after a fire incident to your store is the odor. Whether you own a garment store, a restaurant, a grocery store or any other business, if your establishment smells like smoke, it drives the customers away. Even after the cosmetic and structural restoration after fire damage, it is crucial for your business that your store does not smell of smoke and soot.

Thankfully, SERVPRO technicians can use some of the best equipment to have your store smelling like usual in no time after commercial fire damage in Amherst. We employ different methods to eliminate even the most potent odors after a fire incident. Deodorization is a multistep process involving the following steps.

Cleaning surfaces
The next step in the odor elimination process is to clean the surfaces with odor-causing residue on their surface. Cleaning is especially challenging in case of protein residue and wet smoke residue. Various cleaning techniques need to be employed to eliminate these residues in an attempt to remove the residue.

Recreation of the conditions that cause odor penetration
One of the reasons for deeper penetration of odor after a fire is the fact that the smoke can carry the odor causing particles deep into the pores of surfaces. To neutralize those odors, professionals use thermal foggers that create a vapor of a deodorant. This process takes the deodorant particles to the same place as the odor causing particles. The deeper, hidden odor-causing particles can lead to foul odor in your establishment driving customers out. So, it is necessary to use foggers to combat these.

Sealing the surfaces
If the odor removal is too expensive or impractical, the odor causing particles can be sealed by painting over them. Inaccessible ducts can also be often sealed to eliminate the odor after a fire incidence in your establishment.

Call SERVPRO of Hampshire County at (413) 324-1300 today to consult with our odor elimination experts.